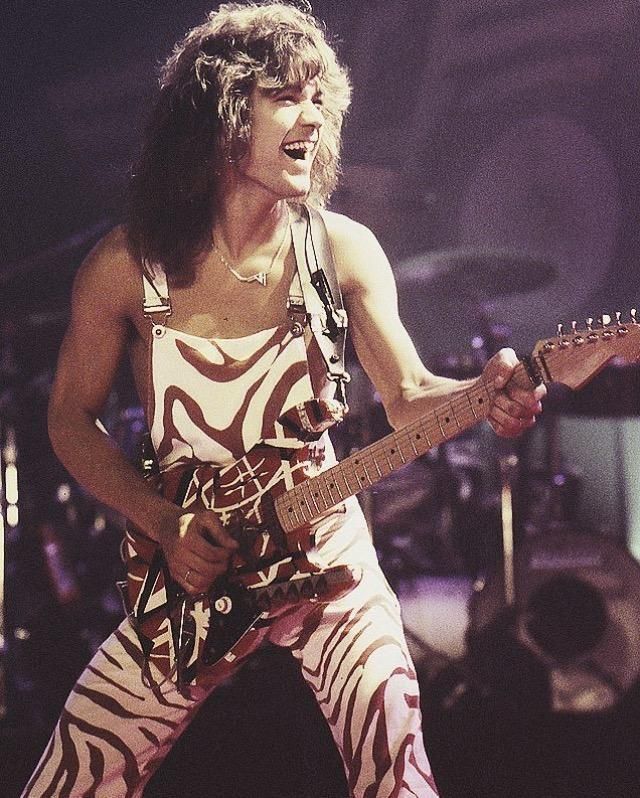 Good morning, Wednesday as the world burns.  The weirdness permeates the deepest depths of my mind. I can’t process any of it. And then Eddie Van Halen died.

For some of you, this will be a mere blip. For others such as myself, this is a huge and very odd loss. If you were ever a fan of Van Halen (and I don’t truly trust you if you weren’t) this one hurts. My fellow Gen X brothers and sisters were raised on a steady diet of Doritos and Van Halen.  And though my first truly dirty thought about a man was about David Lee Roth and his magically thick thighs, Eddie was the best. Boyishly cute and beyond talented.

A virtuoso. Always with an adorable smirk. A California kid that was a rock star but somehow all American in the best of ways. His guitar playing was next level epic. And though I was more of a new wave chick and then an out and out Deadhead, I fucking loved Van Halen. Because they rocked. So. Hard. Pre-Sammy Hagar, people.  Pre-Hagar. An obvious caveat.

I said above this is an odd loss because Eddie Van Halen was a dude you thought would live forever.  He had transcendent appeal and for those of a certain age, he is a legend. I have so many memories associated with the music of Van Halen. My ninth-grade teen tour recreated the song “Panama” in honor of the name of our bus and sang it to the same tune. Not surprisingly, “Ninth Grade B” was not a tremendous hit, but we loved it just the same.

I also remember loving all the incredible videos for songs like “Jump” and “California Girls” and who could forget “Hot for Teacher”? My crush on Diamond Dave was real, and I always loved Eddie’s party vibe. Don’t even get me started on anything from Diver Down, which includes my favorite cover of all time, “Dancin’ in the Street”. It’s so good. That wavy/weird guitar intro is one of my favs. Van Halen is irresistible for those of us who love a steady diet of classic rock.

Eddie was also married to Valerie Bertinelli for a time, and though you may know her from weight loss commercials, she was very much America’s sweetheart for a time. And they named their kid Wolfgang. Wolfgang Van Halen. Epic.

In any event, you all know I’m in my feelings these days and this didn’t help. Jamie’s cryin’ and I’m cryin’ and RIP Eddie Van Halen. A part of my childhood is gone. Cause that's what's up this running with the devil kind of Wednesday in the 718. For the unindoctrinated, check out this list of Eddie's greatest hits. Yours, in rock and roll forever. XO