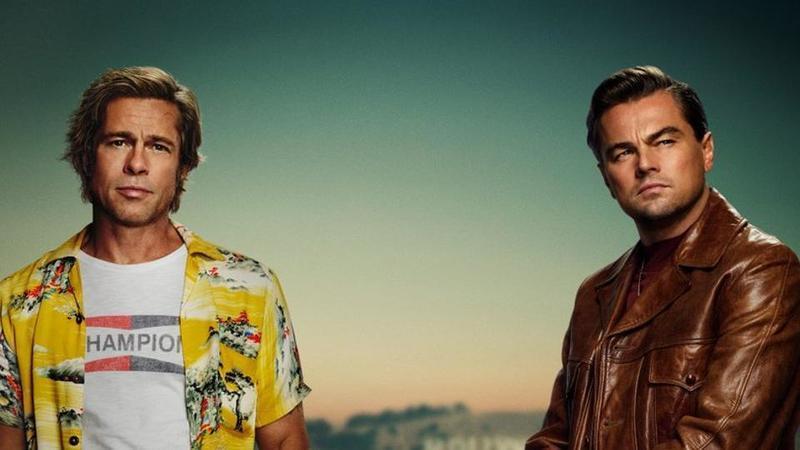 Good morning, Monday. I had a week off at the beach which was not without challenges. I will never make myself so available again when I'm off the grid. The downside of modern life reared its ugly head this week when work came knocking and I couldn't fully power down. Merde. My own fault most likely, but still. It's hard.  I ended up with a decent tan but not as much relaxation as I would have liked. Oh well. There's always next Summer.  (Yea yea don't cry for me, Argentina...I get it).

So this weekend back in the city I went to see the new Tarantino, "Once Upon a Time in Hollywood". And let me tell you- I missed Tarantino. So very much. The movie was everything I had hoped for and more. Hollywood in the late 60s? Fantastic.  Wardrobe by Ariane Phillips? Yes, more, please. The gorgeous, sexy curves of Los Angeles by car with the radio blaring? Um, yea. Indeed. Yup.

But most of all my friends, Brad Pitt. And Leo. Always Leo. But Brad.

Truth be told, I've found my feelings for Brad Pitt troublesome throughout the years. Is he a good actor? Do I like him? Do I like his blonde, pretty boy thing? I mean, I loved him in "Fight Club".  And "Thelma and Louise" was a wonderful intro to his gorgeousness. But there were many films where I found him annoying, irritating. His use of food as props. His lack of perceived depth. And yea, I know every straight guy on Earth is ok with saying Brad Pitt is hot. Because he is. And if Brad is hot, this movie was equatorial in scale when it comes to his Pittness. I loved him so much.

The Redford vibe. The moccasins. The great tee shirts. The weathered texture of his face and his movements. This was an amazing testament to why he's amazing. And I'm not even mentioning Leo because hot damn if Leonardo DiCaprio is not always a gift. I adore him and as a washed-up western film star, he was stellar. His talents are tremendous, and he too has grown into his face; less pretty boy now and more expressive.  Watching them both onscreen was pure joy.

We talk so much about women aging that we take for granted men age too. Now before you throw your bra at me, let me say- I get it. Men don't get dinged for aging, they become more "distinguished". I know all of this. But seeing actors from my generation coming fully into their own is inspiring- male or female. And with Keanu's newfound success, there's room for a few more at the table. And it's wonderful. For all of us.

If you're looking for a bit of your own inspiration, go see this film. It's terrifically Tarantino and fun as Summer movies can and should be. Is Tarantino the feminist hero that everyone seems to be looking for nowadays? Nope. He isn't. Margot Robbie's Sharon Tate is not wholly dimensional shall we say. But his undying love for Hollywood is beautiful to watch. And fun. More, please.

So today let's hear it for the boys. It's rare we say that nowadays. But I'm gonna say it today.

Cause that's what's up this all dudes love Brad Pitt kind of Monday in the 212. Yours, in much-needed bro time. PS I need that tee-shirt Brad's sporting above. XO