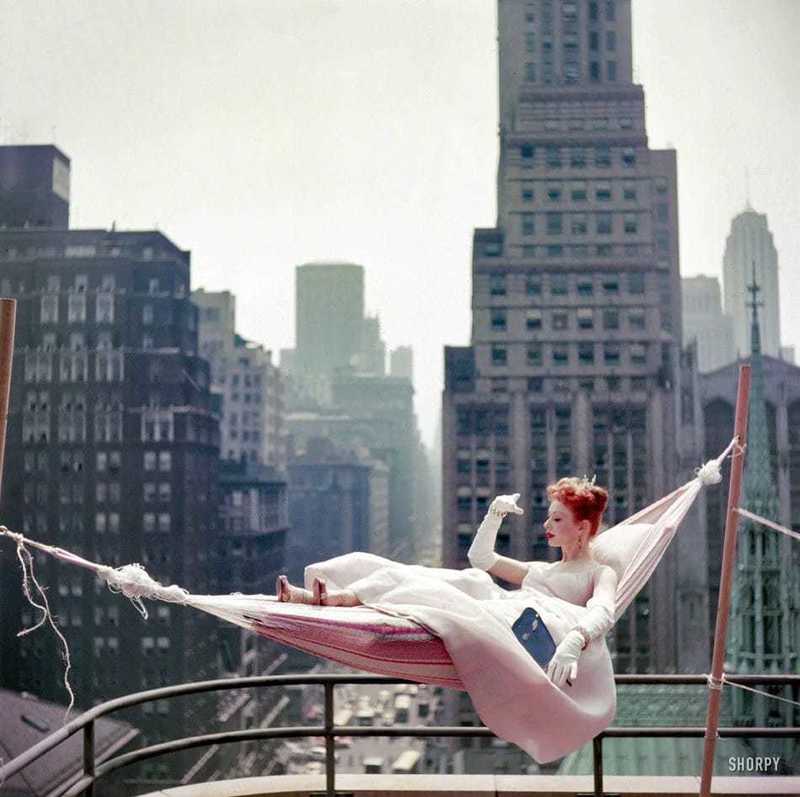 Good morning, Friday. Another day, another day of isolation rollercoaster.

So the other night as I was snuggled into my nightly routine of tea, television, and dog snuggles, I got a text from a dear friend of mine, a lifelong New Yorker who asked the following:

"Do you think you and David will leave NYC?"

Unfortunately, I knew what she meant. She was wondering if living in the Wuhan of the west had us rethinking our choice of city. She asked if we would ever consider moving to a place like Asheville, a place we recently visited and loved. She asked me this because she was feeling New York could not possibly recover from this, and that the city would somehow fall victim to crime, horrible unemployment, and general decay. I decided to give her a call and chat more on this.

A bit of background- like many New Yorkers, my friend is affluent. Not FU affluent, but affluent enough to spend summers in the Hamptons and take surf lessons in Sayulita.  And she has affluent friends. Who have houses in Amagansett and ski chalets in Park City. Her friends are doing her head in, with a little mind game I can only describe as virus shaming. One friend in LA is wondering how she is still staying in the city, when "everyone" has already left. Her friends are calling from their Hamptons homes wondering how she is surviving in the Manhattan war zone. One friend told her that the Upper East Side, now a ghost town is becoming a dangerous place. A friend of hers, who hightailed it the hell out of town, had her apartment robbed in the 70s and Madison. Because my friend has friends who abandoned ship, she's feeling weird about staying in town. Because most monied New Yorkers peaced out when it became COVID crunch time.

Here's what I told her.

New York weathered the Great Depression, 9/11, 2008, Sandy baby, and a million other maladies before my time and most likely, long after mine.

Second, this is not just a New York problem. It's a world problem. I'm not sure who her friends are, but my friends in places like LA are also sheltered in place, although they are thanking urban sprawl for having more actual space to physically distance. I'll give them that. But it's not like people are going to parties, hanging out at restaurants eating avo toast, or taking hot yoga classes in Santa Monica. How anyone could say it's much worse in New York may be in deep denial about what their own cities and states are dealing with. Sure we have way more cases here- but we are a huge city. But does anyone know a single person who is living life as normal right now? No? Me neither. My point is- where else is there to go? I'd rather be cooped up right here, at home. Plus there are coyotes in Chicago and mountain lions roaming the streets of Boulder. Just saying.

Third, and this one may piss some of you off- a few less rich, entitled New Yorkers would not bother me. I do predict the 2.0 version of white flight happening all over again. For a long time now, rich people have decided that the ultimate badge of smug poshdom is not only staying in the city, but raising a family here. I know, because all their kids are screaming in my neighborhood on runaway scooters 24/7. It's true New York in the 70s may have been crime ridden, derelict, and downright scary. But it was also a resilient, exciting, and wholly creative time when the real lifeblood of the city- the creative class- the artists, dancers, writers, freaks and geeks, could actually afford to live here. It's true this city has become safe and clean and that's all good, but I wouldn't be mad at flattening the curve with less hedge funders/whack influencers/rich dicks.  I am so tired of living in a city that has become only about having beaucoup bucks (yes i know New York has always been about money but the last twenty years or so it's become a sanitized, entitled amusement park). Bring back the edge. I'll be here for it. Maybe all those small businesses that are suffering may actually be able to afford rent again, and pocket a few dollars in profit when this is all over. Imagine that.

And yea, I may be sitting in solace in my own Brooklyn bubble.  But I don't have a house in the Hamptons or a chic cabin in Phoenicia. This is what I've got. And I love it. And I'm not leaving any time soon. In fact, the thought didn't even cross my mind. Because if any place can weather a virus or storm or mega meltdown, it's this place. And this is my place. And I love living somewhere that is resilient, resourceful, and possibly, a little fucked up. Much like life.

Do I think that in this era of super viruses we may experience some sort of white flight all over again? Yes. And perhaps ruralism will have a moment as many seek security in wide open and secluded spaces. But am I willing to go full Walden at this moment and check out of society? Though it has its romance factor and I do believe simplicity is something we are all craving as life continues to become too complicated, I don't think that life is for me. Not any time soon. Because as much as I like the idea of goats and chickens and overalls, I also love this city and am curious to see what's next for it- it surely won't be easy but it will be worth it to reinvent this city and find new ways to fall in love with it all over again. I'm a romantic but make no mistake, I'm also a survivor.  And one thing's for sure, whatever's ahead, I'll be here for it. And take part in the new version of New York. Trash can fires and all.

Cause that's what's up this world gone crazy kind of Friday in the best damn city on Earth. Yours, in finding my place as I shelter in place. XO