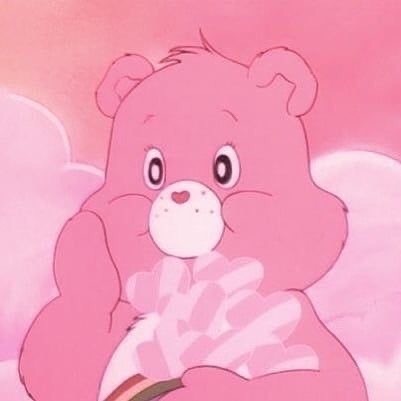 Good morning, Friday. It's a beautiful day in the neighborhood, particularly because I'm still in bed. This week was a bit of a thing and I'm happy for a few precious moments of down time with the dog. He's currently snuggled in and for the moment, there's no chaos.

So this week I read a piece someone on Facebook posted from Scary Mommy abut being in your 40s and geared to not giving an f. The tone of the piece was salty and angry but not tone deaf entirely. It was just about not putting up with bullshit people or gigs or anything at this stage in the game. I can relate to that. I'm sure you can, too.

And though that "not giving a single f" has worked its way into our popular vernacular, it's an angry sentiment I'd imagine someone like Bethenny Frankel saying on repeat. No offense to her, but she's not exactly a peaceful warrior. And that's where my head needs to be.

Sidebar- I'm angry about plenty believe me. Most of that has to do with politics. But this whole notion of not giving an f is kind of silly. Because as I stand on the edge of my 50th year, I have to say- I give a f.  I give lots of f's.

I give a f about working with people who respect the expertise and talent I bring.

I give a f about taking care of my body and mind.

I give a f about the future of this country and the world.

I give a f about trusting my intuition and letting it guide me even when insecurity or fear wants to drive.

I could easily say I don't give an f about being overly ambitious at this phase in life, but the real sentiment is I give an f to the fact that life is short and I'm no longer interested in climbing to the top of some imaginary corporate ladder because I give an f about my sanity and ethics and sense of balance. Oh, and I give an f about being fair, kind, and compassionate. I saw a meme recently that said "the key to happiness is to not give a fuck". That just felt so wrong to me. Donald Trump doesn't give a fuck. You most likely do. More of the latter please.

Trust me, I like the punk rock vibe of not giving an f- but the collective anger and angst is taking a toll on society and I for one am more interested in giving an f vs. not giving one.

Recently I took a short gig over a weekend that ended up being a time and energy suck. I knew before I said yes I should be saying no, but I did it anyway. Turns out it was not a good fit and I was frustrated as hell over it. And though I could easily slip into an idontgiveafuckaboutthesepeopleorbeingcooloranythingofthesort I instead chose to think about it as oh- I do give a fuck. About not working with people who make me feel crappy. Or give bad direction. Or spin my wheels. Because I give a fuck about my time and how it's spent. Because every second counts from here on out.

So instead of adding to this giant swirling ball of anger, I'm choosing to care about the stuff that matters most. And if you need me to give a fuck about you, I can easily do that too. Chances are,  I do already.  I think the whole not giving an f and giving an f are very similar actually. It's just about making time for the amazing things life has to offer vs. the ones that bring you the f down. I just thought a shift in thinking was needed.

Cause that's what's up this staying positive kind of Friday in the 718. Yours, in care bear thoughts from under the duvet. XO