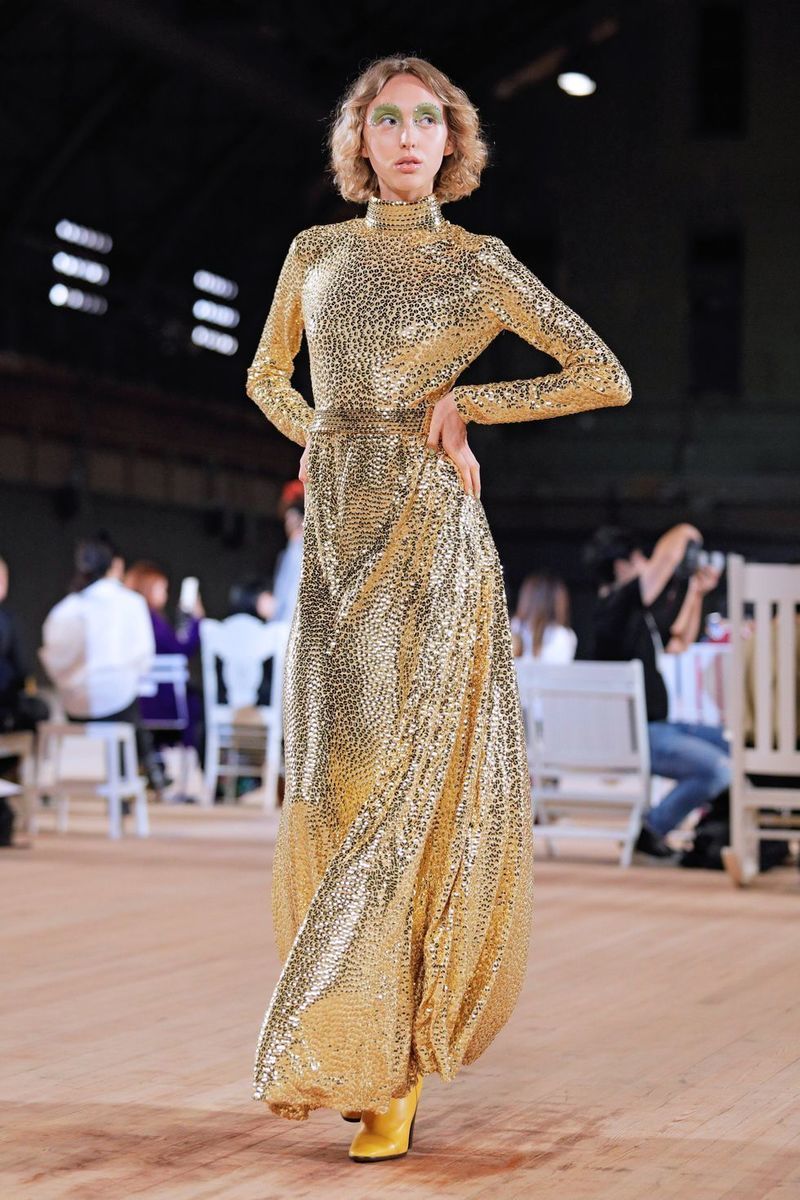 So NYFW came and went and at the beginning of it, I remarked on Facebook that I felt the clothes were so stupid and ridiculous and to be honest, a ton of them were. But towards the end of the week, the usual suspects like Michael Kors and Ralph and Tom Ford came out with runways full of women that fit the brief of what I've known to be Fashion Week my whole fashion geek life- a long runway, models, a posh, aspirational crowd with Anna Wintour, celebrities, and big buyers like Linda Fargo from Bergdorf Goodman. And Marc Jacobs, who always ends Fashion Week, provided eye candy that delighted all of us who want to see him win. And win he did- with a dizzying array of kooky looks that celebrated individuality with his signature chic and cheek. Lovely.

Almost as genius as his show was this amazing review of it in the New York Times, written by Vanessa Friedman. Of course, she gushed over the Marc show, but she also showed me how the new version of Fashion Week should have us all rooting for fashion again. And if fashion is and always has been a barometer for the times, then it stands to reason it needs to evolve and change. And it has.

"The gravitational forces of New York fashion are moving; its map is being rewritten and identity reinvented by a group of designers with a different sense of history and voices that demand to be heard. The conversation about race and power and gender is reshaping how we express ourselves and who understands that best".

So very true- the piece goes on to talk about how fashion is no longer about the ladies who lunch or "Wall Street wives" but an experiential, youth and creative-driven moment that speaks to fashion being more of a creative formula than just about the clothes.  It's about the shows that felt more like parties where young people could express themselves, however they identified or related or wanted to present to the world. And it's high time for it, truly. Because maybe it's less about fashion defining us, and more about the people defining fashion. Which is wonderful.

And as Friedman states at the end of her piece:

"...what makes it American is not its roots in blue jean utility, but the fact it is free of the restrictions of heritage that make it so hard for European brands to change. It reflects the freedom of reinvention that the American promise was built on. It’s disruptive and messy and happy to color outside the lines. It’s not yet fully realized, but it is on its way".

So let the Europeans do their shows and let us gawk at the clothes and the models for their elegance (incidentally I too will gawk). Over here we're busy shaking some shit up. As a huge fan of style as a form of self-expression, I love this watershed moment in culture. Hooray for fashion. Hooray for New York. Hooray for young people demanding change. America is at it's best when we challenge the norm and reinvent culture. Let's keep going. Cause that's what's up this fashionable Friday in the 718, Yours, in changin' times and hemlines. XO