Good morning, Thursday. I'm in an office in a caftan and I'm a-ok with that.

Which got me to thinking- the way we dress. For work. Such a thing. A recent Facebook debate on a friend's page inspired me to write this post about how we focus so much on the way women look. We're fixated on it. You know why? Because the way women look is super intriguing. And why should we take that away?

Now listen up. Lest you think I'm being anti-feminist, I am not in any way. I am not saying the way women look should be some sort of harsh judgment or should overpower a conversation on competence, intelligence, or general awesomeness. Not at all. But as someone who loves clothes and has pathologically studied style my entire life, I'm not favoring drab clothing just to be taken seriously. F that.  And if I want to make a statement, I'll make a statement. And I'm self-aware enough to take risks from time to time. That's just my vibe. Like the office caftan for instance. I'm owning it.  Yea I am a creative professional which allows me greater freedom and for that, I am extraordinarily grateful. 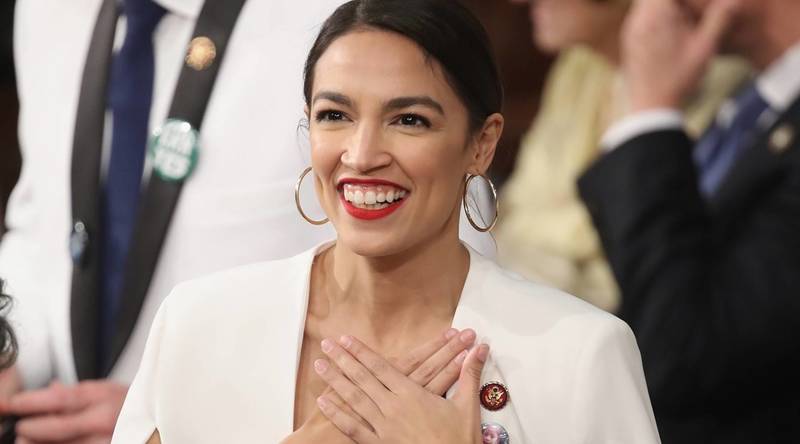 But I digress.  Let's talk about women in politics. AOC's red lip for one. Or the white caped look she wore to the State of the Union. That was intentional. Very intentional. And that red lip is not a shrinking violet move. To me, it says take me seriously, lipstick and all. She owns her ideals and her look and that's fantastic.  Why do we have .to deny our femininity to be taken seriously? Elizabeth Warren's no-nonsense style suits her just perfectly. Because she's a no-nonsense kind of woman and that's that.  And Kamala's style suits her too- strong, confident, don't fuck with me, fellas. More of that. 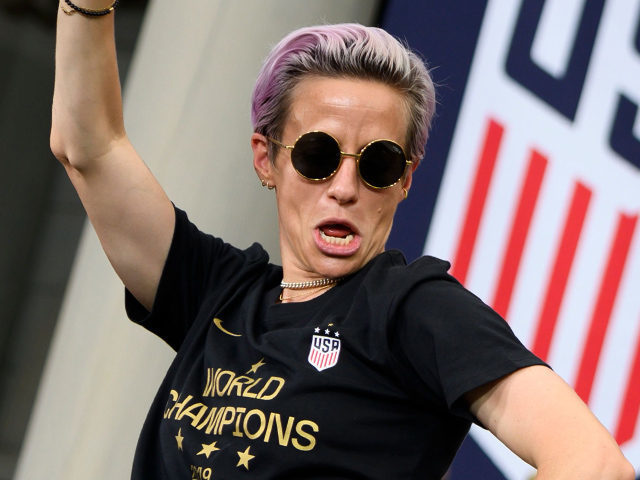 Further, the women's soccer team. I happened to watch the awards ceremony on TV (where our mayor cheaply inserted himself into the conversation around pay as he also reminded us of his Presidential run- #cheapshot) where that amazing group of ladies celebrated in ripped up jeans and tee shirts. Later on, the ESPYs were broadcast, and these girls were glam to death. Megan Rapinoe, my new girl crush (me and everyone else) was wearing the lowest blazer with nothing underneath and looked sexy as hell. And I loved it. All the girls came out to the yard and showed that they can be confident, strong, and stylish. Some more traditionally feminine, some less so, but all 100% woman. I can't even handle how inspiring those women are. Get off your ass, pro soccer and pay them NOW.

People always say why don't they talk about the way the men look when it comes to politics? Well, I say give us something to talk about. I think the whole point of politics on the male side is to look kind of middle of the road- not too flashy or "too" anything really. Beto's casualness is a nod to Obama's cool swagger, but really not so interesting. People say Obama had style, to me he had swag. The most stylish male president of all time was absolutely JFK. Hands down. If men in politics are judged more for their character, it's because they don't put fashion first.  I don't want to stereotype and say women do all of the time, but what's wrong with those of us that really like clothes and expressing ourselves through how we look? Not a damn thing.

I know this is a time for women to be unhinged and unnerved and pissed off. I'm mad too. Beyond mad. But I also think it's ok for women to acknowledge that style and dress and the way we look is important. If we want it to be. And that doesn't take anything away from the other stuff. Because today's women are the full package. Whether in Louboutins or Nikes or anything in between.

Let's not squash that. And if people want to talk about how we look, let them. We'll be busy kicking ass and taking names. See ya on the other side. Now, where's my lipstick?

Cause that's what's up this turned out kind of Thursday in the 212. Yours, in best dressed and saluting women of all shapes, sizes, and styles. XO